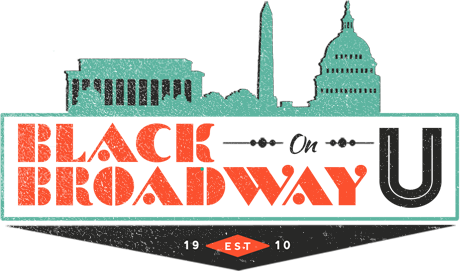 At the end of the 19th century and for the first half of the 20th century despite segregation, D.C.’s historic Black greater U Street community prospered and built a self-reliant economic, social, civic, and cultural existence. During the height of the Jim Crow era, this influential Black U Street neighborhood of extraordinary achievers once known as “Black Broadway” birthed D.C.’s Black Renaissance and served as a prominent symbol of black culture and sophistication amid racial and political tension in America.

Remembering U Street/Black Broadway:  Flashback to May 1940, the illustrious actress/singer, Pearl Bailey (portrayed by actress, Roz White) sits in her dressing room getting dolled-up for her performance at U Street’s historic Lincoln Theatre in Washington, D.C. Pearl shares her tale about the music, arts and culture, entertainment, and history during D.C.’s Black Broadway on U heydays despite the tough Jim Crow laws, this black gateway – – strived and thrived.

A BIT OF HISTORY: Ms. Bailey is credited with coining the phrase “Black Broadway” for D.C.’s historic black U Street community, where as a teenager she jumpstarted her singing and dancing career at local venues such as Republic Gardens, Howard Theatre and Jungle Inn. 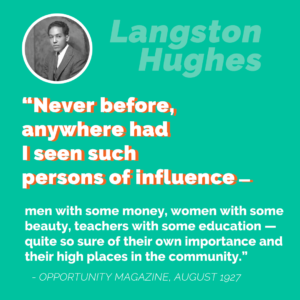 Yet, not only did this Black U Street community flourish and develop self-sufficiency; it was nationally significant for its stance against the injustices of segregation, spearheading some of the nation’s first civil rights protests while simultaneously embracing the highest standards of culture and intelligentsia experienced by blacks anywhere in America at that time, prompting Langston Hughes, the venerable voice of the New Negro Movement (who lived along the U Street corridor from 1924 to 1926) to write an Opportunity Magazine article, Our Wonderful Society: Washington, circa August 1927.

Launched in February 2014, the Black Broadway on U: A Transmedia Project is a groundbreaking multi-platform story and public history initiative created to amplify, chronicle, preserve and enhance, the under-told story, cultural legacy, local memories and voices of Washington, D.C.’s marginalized Black community along the historic greater U Street community when it was known as “Black Broadway”, a city within a city. This transmedia story represents several distinct, yet interconnected multi-platform (digital media and immersive) components. Through the use of interactive and social media content, educational resources, mapping, archival photos, traveling, pop-up museum exhibit, short films, oral histories and stories and our website aka “living digital history book”, the project seeks to connect today’s, future and greater audiences to the “unsung” social, economic, historical and cultural influence and civic impact of this Black U Street community aka “Black Broadway” trailblazers on Black America and America at-large. They are “our ancestors, our torchbearers” who overcame America’s and our nation’s capital’s racial and social barriers making considerable, significant contributions to enhance the civic and cultural fabric of America. Most importantly, the project will shed light on the “hidden history” that lies beneath the surface through the lens and voices of native Washingtonians who remember it best.

The aim of this project is to use cross-platform and “cultural storytelling” techniques and user experiences to amplify these black community voices and their “first hand” memories to preserve a truer, “authentic” narrative of this historic American moment in time and humanities experience to foster knowledge and civic engagement around the important role of social justice, arts, history and culture — thus allowing communities of color to “learn from their past to REIMAGINE and REDEFINE, from the ground up, the 21st century African American experience” amid today’s rapidly changing demographic and cultural landscape in urban America, specifically in Washington, D.C. 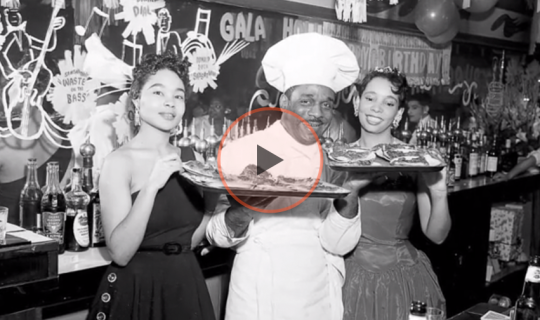 Echoes Of an Era 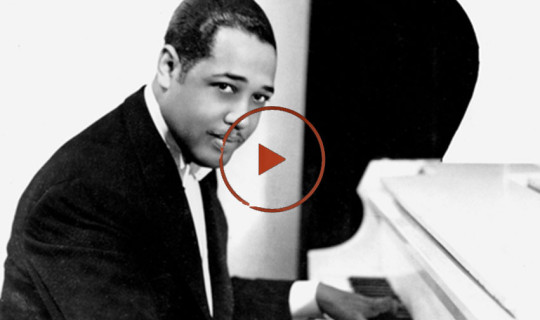 The Early Side of Duke 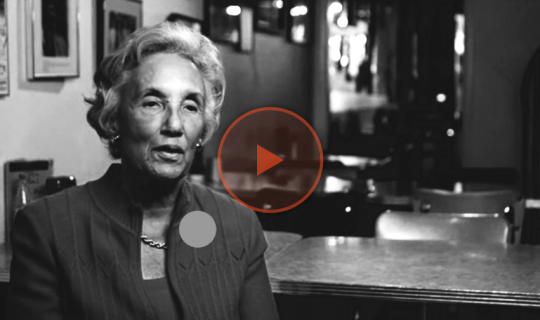 Black Broadway on U: A Cultural Mecca 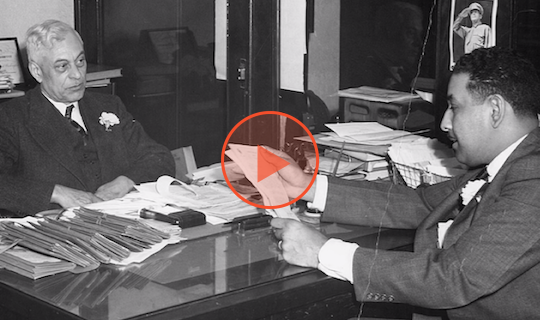 Industrial: The Bank that Jesse Built 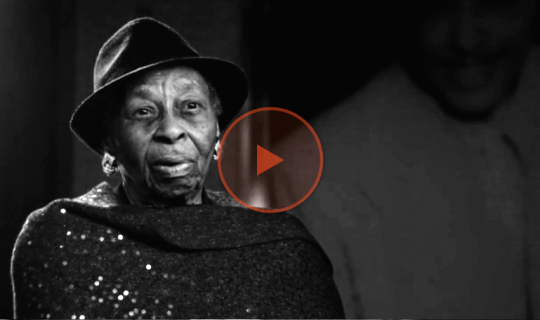 Black Broadway on U: Lucille Dawson 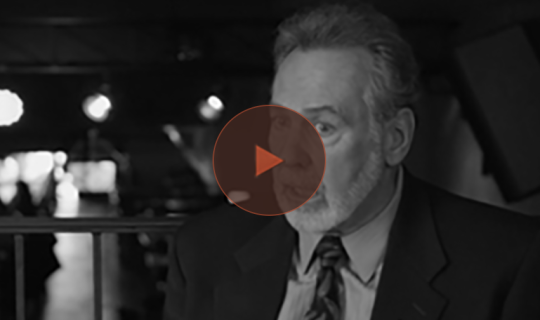 BLACK BROADWAY ON U: IN SMALL SPACES

DONATE: BE A PART OF HISTORY

In the face of our nation’s current political and cultural climate your financial support is critical to our digital preservation efforts. How will the rich history and culture legacy of D.C.’s storied black U Street community be celebrated, preserved, shared or told — 10 years from now? Now is the time to help us further develop this “living, digital history” platform for generations to come before these significant African American achievements in arts, commerce, culture, entertainment, and intellect — fade away. Our history is our future.

The Black Broadway on U | A Transmedia Project relies on the generous donations of our supporters, both private and corporate. Contributions for the purposes of “Black Broadway on U” are tax-deductible to the extent permitted by law. Make a secure online donation via our fiscal sponsor, Fractured Atlas, a 501(c)(3) public charity.

ALL DONATIONS ARE WELCOME!

DONATE: FOR THE CULTURE


A SPECIAL THANKS TO OUR FUNDERS, PARTNERS & SPONSORS. 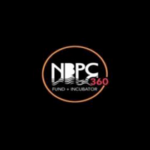 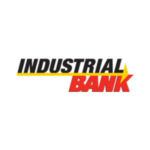 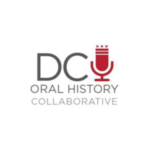 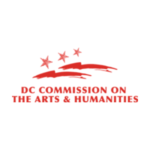 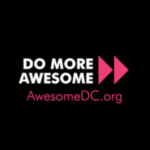 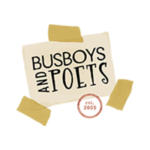 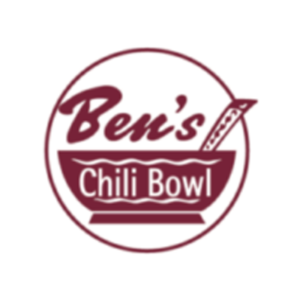 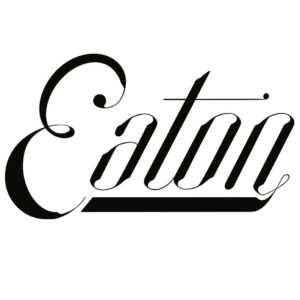 LIFT OFF: Black Broadway on U: A Transmedia Project! Amazing moments and photos captured at the Black History Month launch event for “Black Broadway on U” at Ben’s Next Door on D.C.’s historic U Street, circa February 25, 2014. 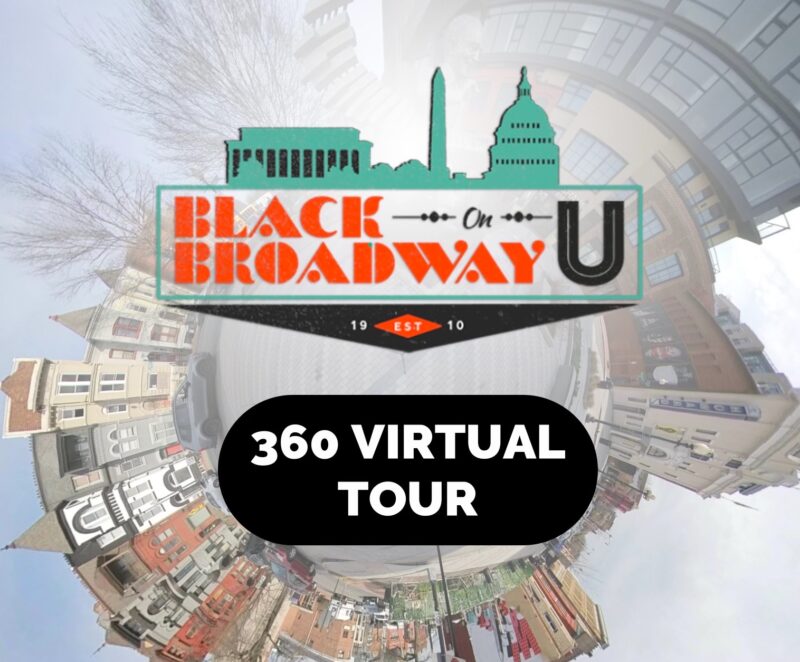 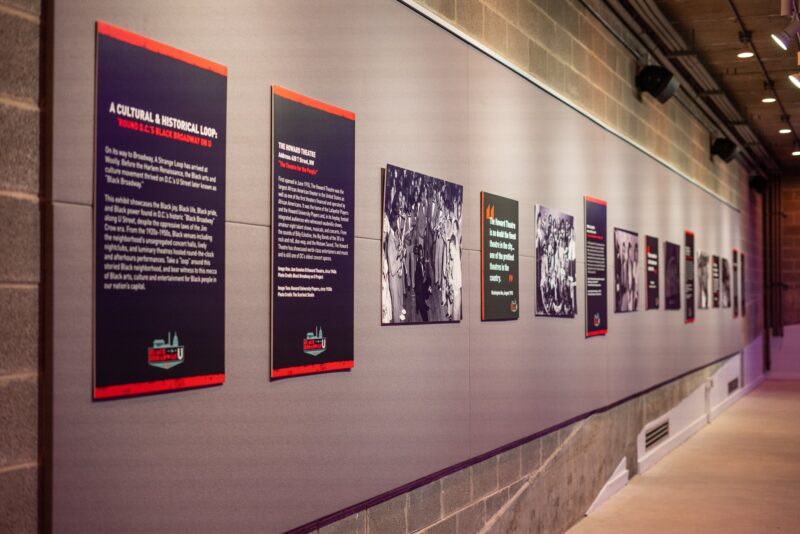 A Cultural & Historical Loop: ‘Round Black Broadway on U @ Woolly Mammoth!

On its way to Broadway, A Strange Loop arrived at Woolly Mammoth Theatre Company from November 22, 2021 –… 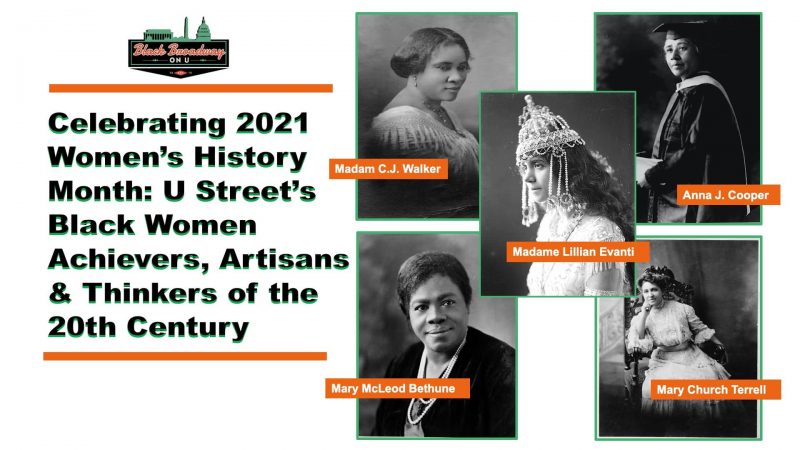 In celebration of 2021 Women’s History Month, the Black Broadway on U Project commemorates and honors a few pathbreaking…

DISCOVER THE COMMUNITY: U STREET | BLACK BROADWAY Through our interactive map, explore the people and places of Black Broadway —  a storied journey down memory lane when D.C.’s greater historic U Street corridor’s businesses were black owned and run; its buildings, built and financed by blacks; its entertainment, by and for blacks. On our digital walking tour, you’ll discover the unsung CHANGEMAKERS, CIVIC and CULTURAL LANDMARKS of this “Great Black Way,” which by 1920 boasted more than 300 black businesses within a few square miles. Featured sites include the Whitelaw Hotel (one of the city’s few hotels that welcomed black patrons amid Jim Crow), the Howard Theatre (opened in 1910 with black capital and where musical and entertainment luminaries Pearl Bailey, Duke Ellington, Ella Fitzgerald and Redd Foxx performed), and the local residences of D.C.’s native son and the great American pianist/composer, Duke Ellington. 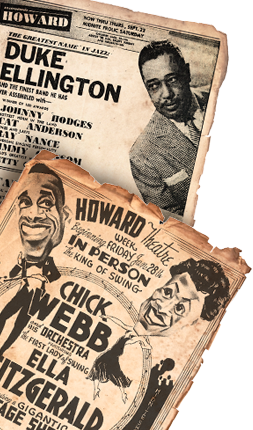 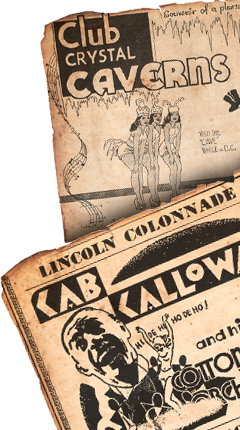 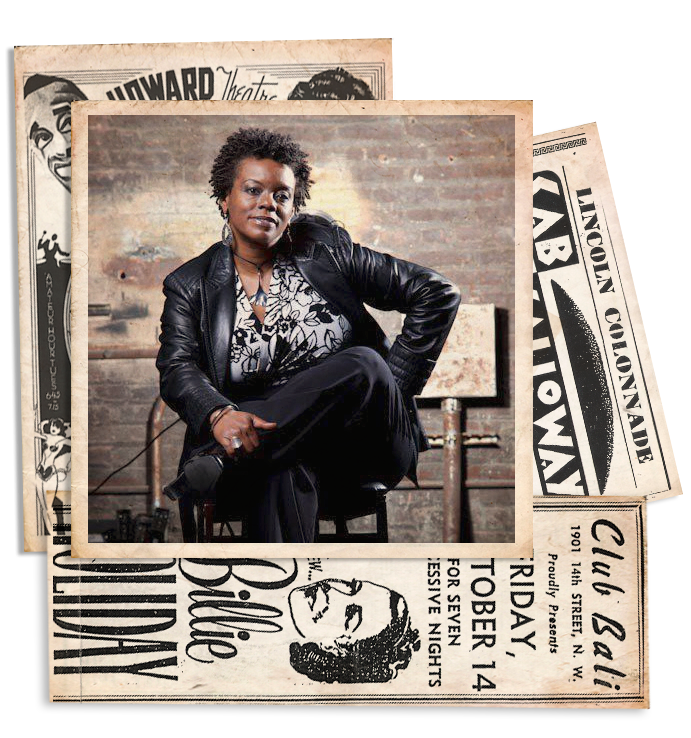 Shellée M. Haynesworth is an award-winning multimedia maker, storyteller and culture keeper. Throughout her more than 20+-year career and through her multimedia firm, Indigo Creative Works, she has produced documentaries, multicultural and digital media projects for clients such as USAID, U.S. Department of Education, Smithsonian Institution, Gates Foundation, PBS, NBC, Black Entertainment Television, TV One, HBO/Time Warner, and King World Entertainment, among others.

As a storyteller, her focus has been to examine the African Diaspora and shed light on the “untold” human stories and “hidden” contributions of African American and Latino changemakers in history, social justice, arts, culture and humanities. Some of her documentary and broadcast credits include Latino Voices: Art & Culture (PBS/Smithsonian), The HistoryMakers: An Evening with Quincy Jones (PBS), Latino Music Greats (National TV Syndication), Women’s Land Rights: A Ripple Effect (USAID/Gates Foundation) and A Tribute to Madiba: Nelson Mandela Special (TV One/News One Now).

Currently, she is exploring new approaches to developing immersive (multi-platform) cinematic experiences, coding and pioneering the “next generation” for African-American themed content and projects at the intersection of technology, narrative, creative placement and cultural preservation. Her latest endeavor, “Black Broadway on U: A Transmedia Project” highlights the under-told story of her native Washington, D.C.’s greater, historic U Street Corridor during its heyday, aka the “Black Broadway” era, when this “secret city” served as a cultural and intellectual mecca of Black America. A multi-generational Washingtonian, Haynesworth is very passionate about preserving the black history and cultural legacy of this storied community, which is very near and dear to her and was once a very important crossroad for her family in the early 20th century.  READ: National Trust for Historic Preservation’s Saving Places, “Who Tells Your Story: U Street’s African-American Legacy in D.C., CLICK HERE. 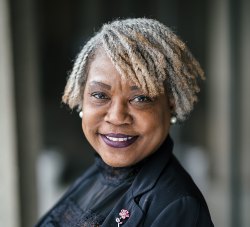 Ritza Yana is a bilingual MarCom strategist and passionate creative. She brings 20+ years of experience in communications, production, digital marketing, public relations and event management to the project. As founder/chief content producer of R.Y.Ink!, she directs creative business and partnership strategies for the firm, with footprints in Washington, DC, and New York (Manhattan + Brooklyn). Focused on driving digital content strategy and designing client experiences to increase visibility for their brands, products and services. She is affectionately known as the ‘Digital Cheerleader’, always promoting and pushing for the win!

DROP US A LINE!

Thank you for visiting Black Broadway on U! Don’t hesitate to contact us if you want to become a funder or supporter; if you have a press inquiry, questions about the project, want to get involved, or if you would like for us to share your personal U Street/Black Broadway story. Please fill out the form on the left and we will get in touch shortly. We look forward to connecting with you. 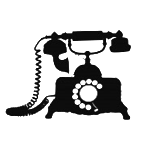